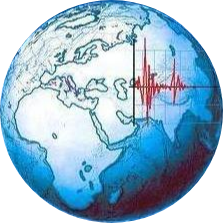 What Factors Influence the Likelihood of Fracking-Related Seismicity in Oklahoma?

21 July 2020–The depth of a hydraulic fracturing well in Oklahoma, among other factors, increases the probability that fracking will lead to earthquake activity, according to a new report in the Bulletin of the Seismological Society of America.

The researchers hope their findings, published as part of an upcoming BSSA special issue on observations, mechanisms and hazards of induced seismicity, will help oil and gas operators and regulators in the state refine drilling strategies to avoid damaging earthquakes.

During hydraulic fracturing, well operators inject a pressurized liquid into a rock layer after drilling vertically and often horizontally through the rock. The liquid breaks apart—fractures–the rock layer and allows natural gas or petroleum to flow more freely. A growing number of studies suggest that this process can induce seismic activity large enough for people to feel, possibly by increasing fluid pressures within the rock that relieve stress on faults and allow them to slip. 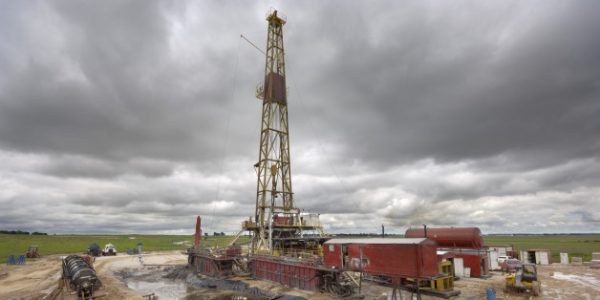 In one rock layer examined in the BSSA study, the likelihood that hydraulic fracturing triggered seismic activity increased from 5 to 50 percent as well operations moved from 1.5 to 5.5 kilometers (0.9 to 3.4 miles) deep, the researchers found.

Although the exact mechanisms linking well depth and seismic probability are still being examined, Michael Brudzinski and colleagues suggest that the overpressure of fluids trapped inside the rock may be important.

“The deeper the rock layers are, the more rock that is sitting on top of a well, and that is going to potentially increase the fluid pressures at depth,” said Brudzinski, the study’s corresponding author from Miami University in Ohio.

Oklahoma has been at the center of a dramatic increase in earthquake activity over the past decade, mostly caused by oil and gas companies injecting wastewater produced by drilling back into deeper rock layers. However, a 2018 study identified places in the state where significant amounts of seismic activity were linked to nearly 300 hydraulic fracture wells.

Hydraulic fracturing is associated with a magnitude 4.6 earthquake in Canada and a magnitude 5.7 earthquake in China, although fracking-induced earthquakes tend to be smaller in magnitude than those caused by wastewater disposal. As a result, oil and gas operators and regulators would like to know more about why some wells trigger seismic activity, and how to adjust their operations to prevent damaging earthquakes.

Brudzinski and colleagues found the link between depth and seismic probability in their examination of data from 929 horizontal and 463 vertical hydraulic fracturing wells in Oklahoma. The scientists used publicly available data on injected volume at well sites, the number of wells on a drilling pad, what kind of fluid was injected, and the vertical depth of the well, among other features.

The total volume of injected liquid at the Oklahoma wells did not affect the probability of seismic activity near the wells—a surprising finding that differs from other studies of induced seismicity. Some previous hydraulic fracturing (and wastewater disposal) studies show an increase in seismic activity with increasing volume.

Most of the wells in the current study are single wells, however, and not multiple wells clustered on a drilling pad, Brudzinski noted. In some places in western Canada and Texas, where there is a link between the injected volume and seismicity, multiple wells on a pad are more common.

“So that’s where we started to think that perhaps that’s the difference between what we’re seeing in our study versus other studies,” Brudzinski said. “We’re proposing that multiple wells injecting next to each other may be why volume does matter in those cases, although we need to study it more.”

The researchers also compared the probability of seismic activity in wells where the injected liquid was a gel versus “slickwater”—water with chemicals added to increase flow. They found a lower level of seismicity in gel operations compared to slickwater, although the difference wasn’t as statistically significant as the other trends.

Simulation studies suggest that the more viscous gel may not flow as far as the slickwater, limiting its effects on faults, Brudzinski said.